Shattered into a million pieces

I've always said "don't blink" to new parents because I was fully aware of how fast childhood flies by.  Yet, here I am wondering where it went.  How did I get to this point in time where my oldest is graduating high school in just a couple of weeks?
Did I cherish the moments of her childhood?  You bet your ass I did.  Do I feel like somehow I missed it all?  I do.  Life.  It's a roller-coaster and although I was a very present and involved mother, I do feel like I blinked and POOF here we are!!! 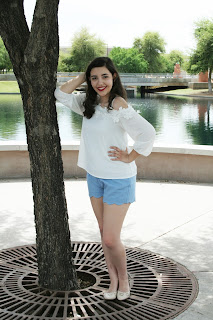 It is a strange amalgamation of emotions that has hit me like a ton of bricks that I never expected to feel.  It's nearly inexplicable tbh.  It's not sadness, although there have been and will be more tears to fall from my eyes.  I feel happiness, pride, and I don't know what else, but I feel it!  In my world, I didn't expect graduation to be *that* big of a deal.  I mean, yes it is exciting and all that, but it isn't a negotiable thing in my life for my kids.  It's expected and not (again this is in my world) to be this "wow she made it!" sort of a thing because... of course she made it!  I mean, why WOULDN'T she?  Her father is a teacher.  Both of us have higher education (and the debt to prove it!) and seriously high school graduation is not optional.  But then, I guess, things change and you witness things that happen in the world  Children that are taken from the world too soon  So much can happen before this milestone to take it away from a family, that suddenly I DO find great significance in it.  Suddenly I DO feel the need to celebrate,  It IS a milestone and it shouldn't be taken for granted!  And it has me feeling... ALL.  OF.  THE.  FEELS. 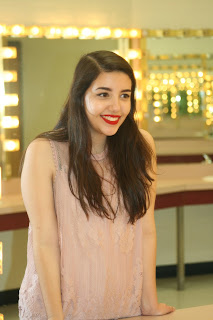 So the beginning of the end of high school was last weekend.  Her Senior Showcase in the drama department.  She performed a song that was beautiful.  No microphone.  Just her singing to the track.  And I expected to cry.  I did not.  Don't be impressed.  It's really because this emotion came over me and my chest tightened up, my abs (What?! There are abs in there???!!!) got tight, and I realized that I could not breathe.  Thank god I didn't pass out, that may have embarrassed her more than me tagging her in my facebook post with the link to this youTube video where her friends found her performances back to the 4th grade and they said "OMG I LOVE baby Ashlynn singing!" :) and with that, I present Ashlynn Singing "What I did for Love"...


Posted by Patty mcmommy at 9:55 AM No comments: Links to this post

I know, shock right?  It was is rough.... and holy expensive and painful and life altering fall batman!  But I survived.
Still not running, the surgeon told me I may find that my knee cannot tolerate running anymore.  He said my body will tell me.  I'm beyond saddened over this, but also determined to prove him wrong.
It's been 4 months since the surgery.... I wonder if I will ever physically feel the same?
I guess only time will tell.
I have so much to tell you. You really have missed so much.
But you will have to stay tuned and come back to find out more....
Posted by Patty mcmommy at 9:46 PM No comments: Links to this post

Well, it's scheduled. Surgery. And now I have a month to freak the fuck out. Yes, I tend to be a glass half full kind of girl in almost everything in life. But this sort of thing? Not so much.
I get that surgeries are routine and all of that, and of course there are still risks involved, as with any surgery there are risks. But having known someone that died from complications of anesthesia, I know that those risks are very real. And it scares me. I'm not terrified of death per se, but more terrified of leaving my children without a mother. Terrified of not waking up and seeing my babies grow up. Yes, I know its a quite morbid view of a pretty routine surgery, but I can't help it.
But truly if you think about it, tomorrow is promised to no one. I could die before the sun rises, but I'm not scared to fall asleep tonight. So why does this surgery cause me such fear?  I dunno....
But I do look forward to the day I'm healed. When I don't feel so helpless. When I'm not in so much pain that I can sleep at night.  When I can RUN again. God I do miss that.
You know how kids are almost fearless? They tend to think they are invincible and will not be hurt. I personally have never felt the sense of fragility that I now feel. I wonder if that will ever go away?  Will I forever now be cautious and fear my body will fail me and I could suffer an injury over something as silly as a wet floor?  Who have I turned into?
I just wanna be me again.
Posted by Patty mcmommy at 10:30 PM No comments: Links to this post

So........ Remember last time I blogged I said I was ready for what the year had for me?  Can I take that back???!! It's mid February and it appears this year is really gonna blow. Chunks. For realses.
Not that I dismiss or am ungrateful for all of the good that is in my life. And there's plenty of good. I need only gaze upon my children and I know I'm incredibly blessed. So don't get me wrong, things could always be worse and I always try to see the good in any situation. But my situation? Sucks donkey dick. Yes I did just say that.
In a sad turn of events, Nana died in January. She was just shy of 94 years old. Days shy actually. So it wasn't out of the blue as she lived a long wonderful life, but it was sad and it kind of feels like the end of a Harry Potter, where Hermoine says "everything is going to change now, isn't it?"  Because she was the matriarch of the family. Tats had died a few years back and now Nana is gone. :(
So we had to go out of the state for the funeral. And as it all started coming together it was clear that I was going to have to not run a half marathon that I register for almost a year in advance. The rock and roll half marathon. I had trained for it and was ready to run it. Would be my 4th half marathon. But couldn't do it because of the timing of the funeral. That was hard for me. It shouldn't have been. But it was. But I knew what I had to do so I accepted that I trained for a race, paid for it and I would not be able to run. This has happened to me once before. When my car was totaled 3 days before a marathon I was supposed to run. Wtf‽ seems I'm out of another race. Fine. It is what it is. So I research and decide there's another half marathon I can register for in March. So off to the funeral we go....
Wait, no. AJ comes down with the flu days before we are to go. Put him on tamiflu (HOLY CRAP $160 for the prescription!!!! That's with insurance!!) and quarantine him and hope nobody else gets it!
Aaaand then Ashlynn and Amylia get it. Good god can we catch a break???? Thursday comes, we are supposed to drive to Cali... I get the flu! I try to refuse to admit it because clearly this will go away if I deny it, right? RIGHT‽ Joe says we should just go tomorrow and let me sleep but I refuse, because I can't imagine the kids riding in the car all day and going straight to a funeral. So let's just go. We can rest at the hotel and be ready tomorrow (had masks for all in case we weren't better cuz I don't wanna get anyone sick!). We load up the car and I'm in the car when I realize I need to barf. NOW! I hop out and in my driveway let loose. When I'm finished, teary eyed and deflated I look at joe and say he's right and I'm going to bed.  The kids were already buckled even. Lol!
Ok Friday. I wake up all better (NO SHIT!) so we go to Cali. Check in at the hotel (lost the money for the night before as we had reservations but whatever.) It had felt like the fates were trying to keep me from going to the funeral and dammit I got there. Whew! Oh shit, in my flu ridden packing frenzy I forgot shirts for me! Seriously‽ so now we gotta hurry, have Ash get the littles showered while Joe and I go to a store for the things I forgot! Hurry hurry!!!!!
If you've gotten this far, I've saved the best (smh) for last....
We get back to the hotel and I'm gonna shower before Joe. The floor is SOAKED! Good god my littles are messy. Hop in to realize I need a washcloth... Slowly and carefully go to step out and it happens. I fall. When I do something, if u don't know me u don't know this, I really DO it. I knew it was bad as I have a high pain threshold and I couldn't stop sobbing and screaming in pain. I can't get up. My leg feels like something I've never felt before.....
I couldn't walk but was not going to miss Nanas funeral. Went to the viewing and rosary that night, funeral next day and then drove home. The pain was unbearable. But I pushed through. And now I have a cute cane with roses all over it and a snazzy knee brace. Oh and an MRI later I'm told it will take me a year to heal. At least. Oh I'll need surgery. I completely tore my ACL, partially tore my MCL, and tore my meniscus. Go big or go home baby!  Running? Out. Standing or walking or ANYTHING? Out. So now I am thrust into a world of constant pain, no sleep and seriously depressed. God damn I'm so not graceful....
So how is your year going? :)
Posted by Patty mcmommy at 6:41 PM 1 comment: Links to this post

Are you ready for what your future holds? I am....
Posted by Patty mcmommy at 10:33 PM No comments: Links to this post